MPLS network or Multi-Protocol Label Switching is a technique to ensure that the packets of data reach their right destination. It is done via a practical route or virtual private network, and that packets are ordered correctly. Packets get labels and each packet moves through the MPLS network. The VPN solution network dispenses information so that every switch would know what it needs to do when it comes across a specific label.

What is MPLS VPN Network?

MPLS VPN network is a form of VPN infrastructure which can operate regardless of the back-end technology.

MPLS VPN network functions by tagging the incoming traffic. By adopting multiprotocol label switching technology, MPLS VPN network will route the packet to its correct destination. Once the best LSP is identified by the router, the packet will be forwarded to the next-hop router.

The MPLS VPN network routing can be either static or dynamic, depending on the business needs.

With the increasing popularity of cloud-based solutions and services, MPLS VPN network is becoming more and more common as it can bring several benefits:

Benefits of a VPN solution with MPLS Networks

MPLS helps in increasing your uptime. It also helps in bringing down the extent of manual intervention your virtual private network (VPN) might have to do to build a WAN. This, in turn, helps in reducing the possibility of human error in your network and all its mechanisms.

You can get a better user experience by listing time-sensitive traffic first. Using Multi-Protocol Label Switching, you can have different settings for different types of traffic on your system. It will make the whole traffic move at a faster rate and the users won’t have to wait long to get access to important information.

3. Better usage of the available bandwidth

With the help of MPLS routing in your virtual private network, you can list various types of traffic on one secured link. It would help you make better usage of your available bandwidth. This is because, whenever needed, it will allow your traffic of higher priority to use the more transmission capacity than the traffic of lower priority. However, on the other hand, if the lower-priority traffic needs to use more capacity than its regular usage, it can only use from the capacity that is not being used by the higher-priority traffic. But ultimately, a VPN solution with MPLS network can transmit crucial information on time and when and where needed.

MPLS network that delivers a VPN solution can help you reduce the possibility of occurrence of network congestion. Network congestion refers to a situation where a link is carrying too much data and it might result in deterioration of the quality of network service. This could also lead to queuing delay, loss of data packet, loss or blocking of the fresh connections, etc. When your network becomes congested, it slows down the response time and network speed. The congestion issue arises when bandwidth does not have sufficient capacity required by the available traffic.

MPLS will offer you smoother and superior features for managing traffic and drive it through non-standard routes. It can help in reducing any delay that might occur while sending or receiving data files. In the end, it helps in reducing network congestion.

Many experts now believe that MPLS technology can deliver a future-proof mechanism. WAN and other similar services are losing their potential investors and thus, more and more companies are planning to make long-term investments in the MPLS network. Since it ensures a efficient transmission with the Quality-of-Service (QOS) and quick response time for the users, demand is only moving upwards. Furthermore, MPLS network services offer various methods to recover from damage or disaster.

Primarily, data centers together with other sites, can be connected to the cloud and one can easily connect with the system whenever needed. This results in easy and flexible access.

We offer VPN solutions with MPLS networking. We help in linking offices and sites from various locations in one place. We will provide you with a very safe, secure, and well-organized network for transmission of voice, video and data applications without making any compromise with guaranteed Quality-of–Service (QOS).

TrueCONNECT™ Premium’s MPLS network is a cost-effective alternative to IPLC and other Layer 2 private network without compromise to security. 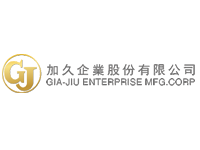 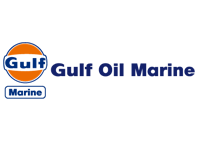 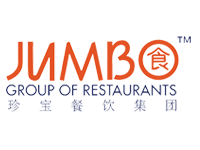