CIE Golde: To “Roof over” Digitalization with Innovations

In the ancient times, countless goods were carried by camel caravans on the Silk Road for East-West trade. Today, aside from the China-Europe Railway Express and sea-rail combined transport, we have an invisible Belt and Road connecting the globe with its digital power. Multitudes of countries are economically benefited from the Belt and Road, contributing to the flourishing of various industries.

Interconnection in the digital era has brought together cross-regional online and offline businesses, facilitating the global business of enterprises, creating new opportunities and demands and fostering win-win cooperation. For CIE Golde and China Entercom, their profound partnership is driving them towards globalization, digitalization, intelligentization and professionalization.

IT Development Leads the Way for Momentum

CIE Automotive, the parent company of CIE Golde, was founded in Spain in 2002 and specializes in designing and manufacturing components and subassemblies for the global automotive market. After its acquisition of Inteva Roof Systems unit in 2019, the company renamed as CIE Golde and specialized in manufacturing automotive roof systems.

Having an active presence in the global market, CIE Golde has established stable relationships with more than 50 critical clients and renowned automobile manufacturers such as BMW, General Motors, Volkswagen, Mercedes-Benz and Chrysler. In China, CIE Golde set up its headquarter of Research & Development in Shanghai, with 5 wholly-owned subsidiaries and a joint venture in Shanghai, Changchun, Tianjin, Yantai, Wuhan etc.

In spite of being in the traditional manufacturing industry, CIE Golde places high priority on digitalization. As IT was becoming more critical in businesses, the enterprise kickstarted its IT development in 2004, and has been ahead of the industry after going through four stages of construction since then, said Gao Xiayun, Global Infrastructure Manager of CIE Golde.

Gao Xiayun, who is responsible for CIE Golde’s global infrastructure and manages the networks, servers, security and desktop support, joined the company in 2004 and has witnessed and participated in the IT construction from the very beginning. In the following, he will introduce the four stages of IT construction.

Both the automotive industry and the businesses of the company were expanding in leaps and bounds as the 21st century entered, and IT construction began: introducing computers for work, setting up preliminary network and LAN, as well as implementing basic local applications.

Several issues arouse with the rapid business development and expanding scale of IT equipment in the data center, including lengthy system construction, costly procurement and debugging of software and hardware, and time-consuming business actualization. Yet, with virtualization, their flexibility of IT infrastructure, utilization of data center resources and cost-effectiveness can be greatly improved.

Despite the implementation of virtualization, the company had to tackle the challenges such as huge investments of the data center, short life cycles of hardware, and fast-changing software technologies. Fortunately, cloud computing is the better choice for CIE Golde who looks for flexible and scalable IT resources. In fact, cloud computing on a subscription basis can satisfy CIE Golde’s IT requirements timely, shorten the delivery cycle, enhances the scalability of IT resources, resulting in optimal user experience, said Gao.

IT evolution cannot be realized without technology and requirements. If you are wondering how enterprises can ride the wave and achieve breakthroughs in their IT construction, CIE Golde is the textbook answer.

With the acquisition of CIE Golde, CIE Automotive incorporated it into CIE Roof Systems that owns 16 production plants and 7 R&D centers worldwide, and employs more than 6,000 personnel in 19 countries and regions, most of which are along the Belt and Road.

In the globalization era, how can enterprises actualize interconnection among branch offices, plants, headquarters, data centers and clouds? Especially for international companies like CIE Golde with production, trading and operations in multiple locations, a stable and efficient network is of utmost importance.

According to Gao, CIE Golde used to struggle with expensive network costs and issues of cross-country data transmission when they adopted a single network. But since its incorporation into CIE Automotive in 2019, network connectivity has become increasingly essential, which has driven the company to introduce SD-WAN after research.

This is how China Entercom came to the attention of CIE Golde.

Unlike other service providers, China Entercom, together with its parent company CITIC Telecom CPC and CITIC Group, possesses enormously extensive and rich international resources on networks—it has over 160 network presences in 160 countries and 60+ SD-WAN central gateways—to meet the global networking requirements of CIE Golde.

From late 2019 to early 2020, China Entercom constructed and deployed a test line for CIE Golde on public networks in Shanghai and Germany and the transmission was routed via its MPLS backbone network. In practical, the test line from Shanghai to Germany delivered excellent performance in terms of routing and jumping, which allayed the concerns of CIE Golde. Soon after, China Entercom started a large-scale network deployment in its branch offices, plants and other locations with the help of CITIC Telecom CPC, resulting in an overall network cost reduction of nearly half.

As of today, the hybrid networking services provided by China Entercom and its parent company CITIC Telecom CPC to CIE Golde consist of the SD-WAN services and the private network services. The former connects both the Mainland China and overseas, locations including Shanghai, Foshan, Changchun, Yantai, Wuhan, Tianjin, Fujian, and Frankfurt, India, Slovakia, Germany, Romania, Mexico, the United States, while the latter is built upon the SD-WAN infrastructure and accesses SAP systems via China Entercom’s networks.

“For this solution, we joined hands with our partner Fortinet to integrate and quickly deploy the SD-WAN solution with built-in security protection and a visualization setting for CIE Golde to monitor its network and security, say, the platform traffic and the number of attacks the solution has resisted. Apart from that, CIE Golde can enjoy 7x24 network monitoring, management and backup services supported by our team of experts, optimizing the network connectivity with our best-in-class services.” introduced Henry Ko, General Manager, China Entercom.

Considering that the Belt and Road straddles different regions, development stages and civilizations, a beneficial partnership can enhance the development and global trades of international enterprises, so as to satisfy varying IT requirements, comply with laws and regulations of various regions, familiarize with local markets and services.

The partnership between CIE Golde and China Entercom is a testament to it. Driven by the demand for digitalization, the collaboration has expanded from network services to a one-stop ICT solutions of “hybrid network, cloud computing and information security”.

As forementioned, CIE Golde has introduced cloud computing and shifted various applications to clouds due to delivery cycles, cost, flexibility and other factors. For instance, the bill system, printing system, FortiAnalyzer and other critical applications have been relocated to the public clouds of China Entercom and CITIC Telecom CPC in Shanghai and Frankfurt.

From now on, the collaboration between CIE Golde and China Entercom will be intensified to strengthen the cloud solution and migrate other global and regional applications to clouds, such as the domain controller and network management server, as revealed by Gao Xiayun.

As for compliance, every global enterprise must not cross the red line. The one-stop ICT solution offered by China Entercom and its parent company CITIC Telecom CPC to CIE Golde encompasses Europe, Americas and Asia, and are subject to China’s Data Security Law and Cybersecurity Law and Europe’s General Data Protection Regulation. To ensure lawful operations, China Entercom has accumulated relevant experience during its years of globalization journey, and guarantees that its services comply with the regulations of various countries and regions without affecting its quality.

Going Global from the Belt and Road with Digitalization

Over the past 20 years, China Entercom has gained recognition from and offered digitalization services to almost 300 Fortune 500 companies across the world, and CIE Golde is one of them.

What makes China Entercom unique? Henry Ko, General Manager of China Entercom, believed it is their one-stop ICT integrated solutions, global resource deployment enabled by the parent company and partners, close relationships with 600+ telecommunications carriers worldwide, and the ability to connect to overseas carriers. Thanks to the experience and extensive resources, China Entercom is able to bridge the gap with foreign providers, and facilitate communication and coordination for multinational clients, who have already partnered with other providers in Europe and the United States yet adopting China Entercom’s services in Southeast Asia.

Since the proposal of the Belt and Road, China Entercom has actively deployed resources and formulated solutions in response to the policy. Up to now, China Entercom and its parent company CITIC Telecom CPC have built their competitive advantages along the Belt and Road with over 160 service locations, 21 cloud platforms and 30+ data centers across the globe.

As a result, a number of large-scale Chinese companies have successfully gone abroad, given that China Entercom has provided them with one-stop ICT solutions covering networks, cloud services, data centers and information security. In recent years, China Entercom has been digging into its pioneering ICT-MiiND strategy for the convergence of ICT solutions and innovations inclusive of algorithms, computing power, big data, AR, AI and blockchain, thus enhancing business resilience and injecting new dynamics of digitalization and intelligence into enterprises.

Centuries ago, camels and sailboats were the primary means of trade. Today, infrastructure, digital and intelligent technologies have ushered in a new chapter in global economic exchange and development.

Hopefully, the advancement of Belt and Road will result in flourishing development of CIE Golde and other international companies; and the digitalization and intelligentization construction by China Entercom and its partner VMware will take more Chinese companies to the world. 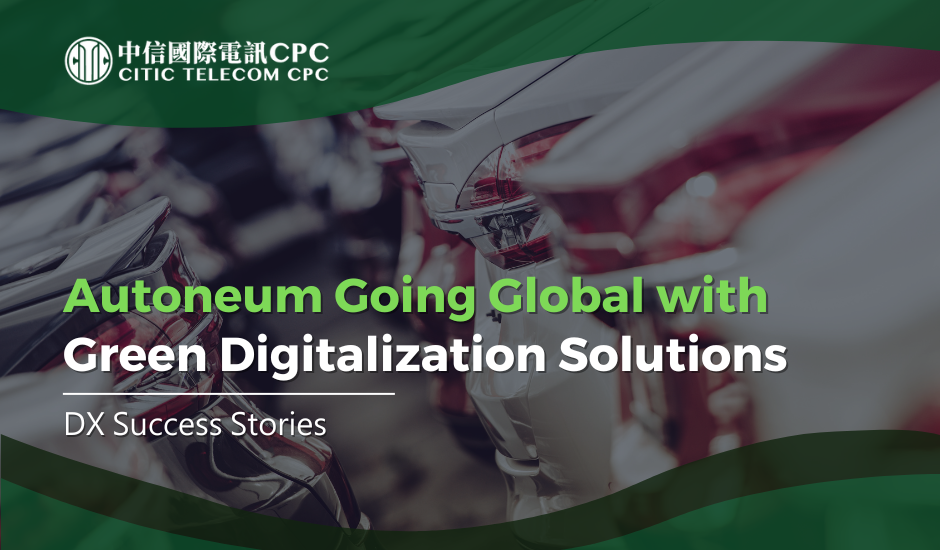 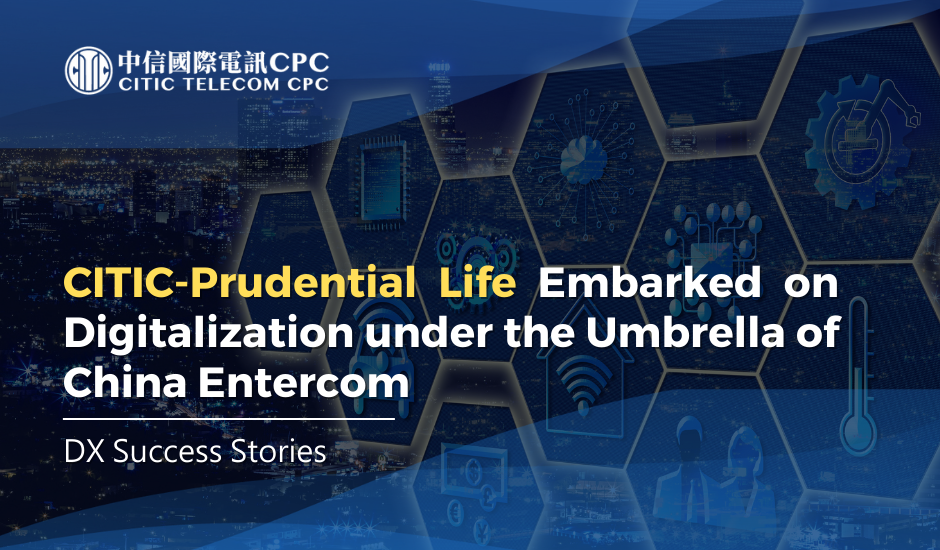 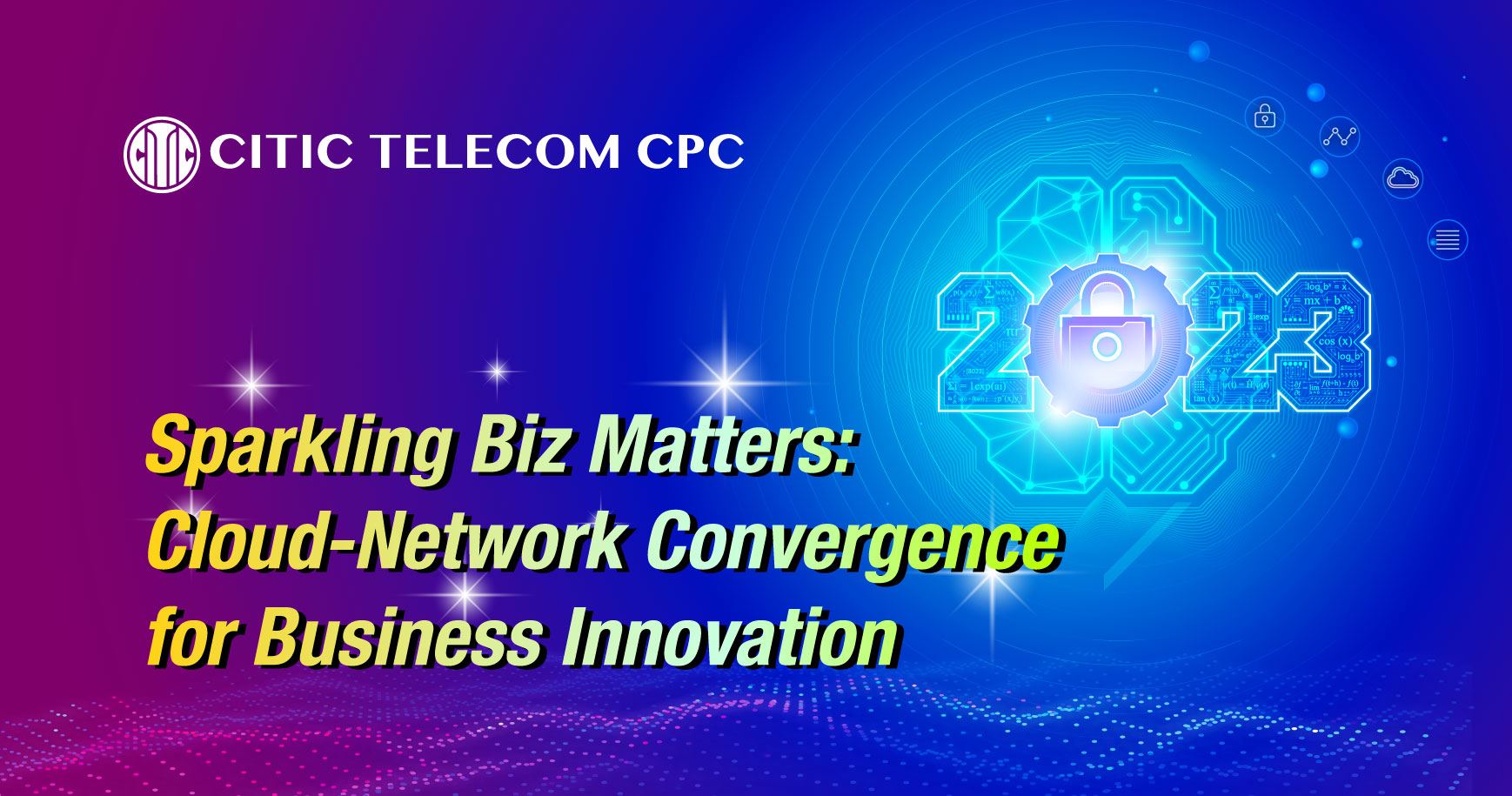 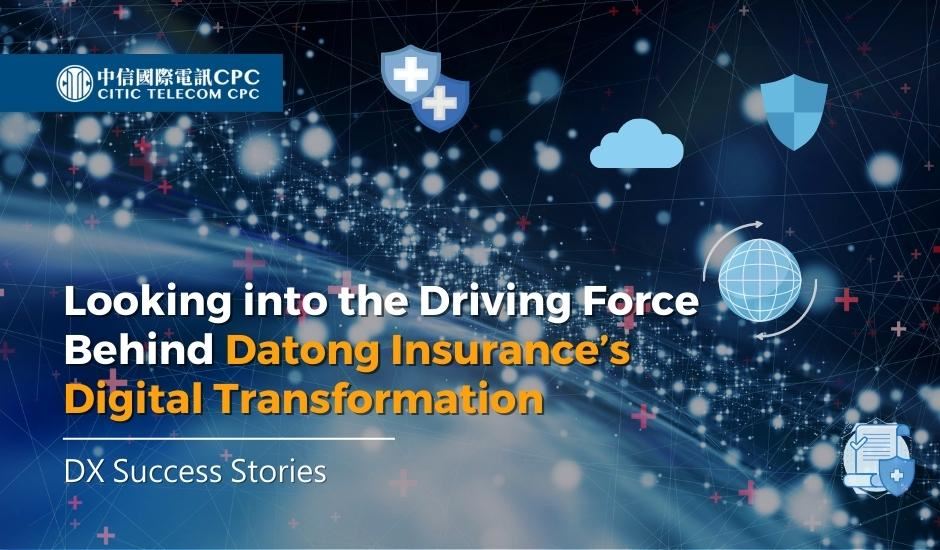 Looking into the Driving Force Behind Datong Insurance’s Digital Transformation 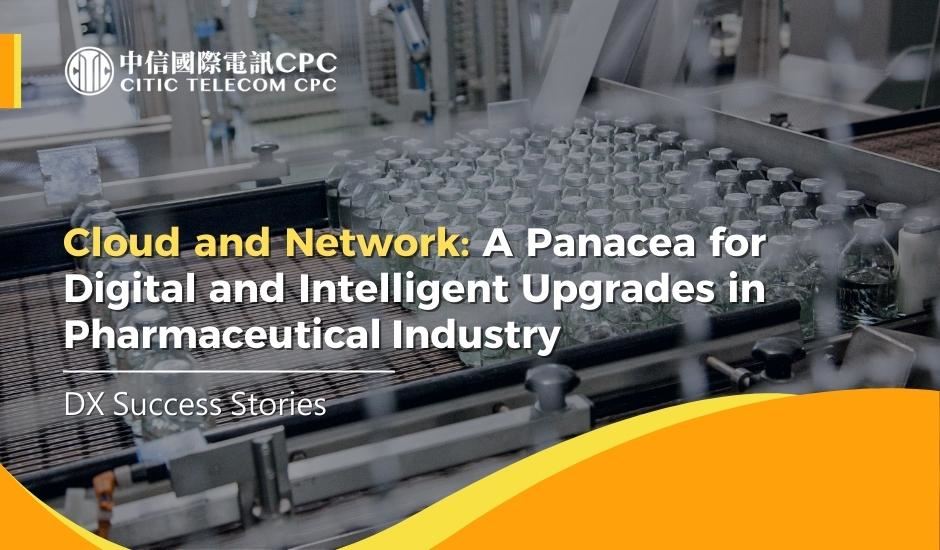 Cloud and Network: A Panacea for Digital and Intelligent Upgrades in Pharmaceutical Industry 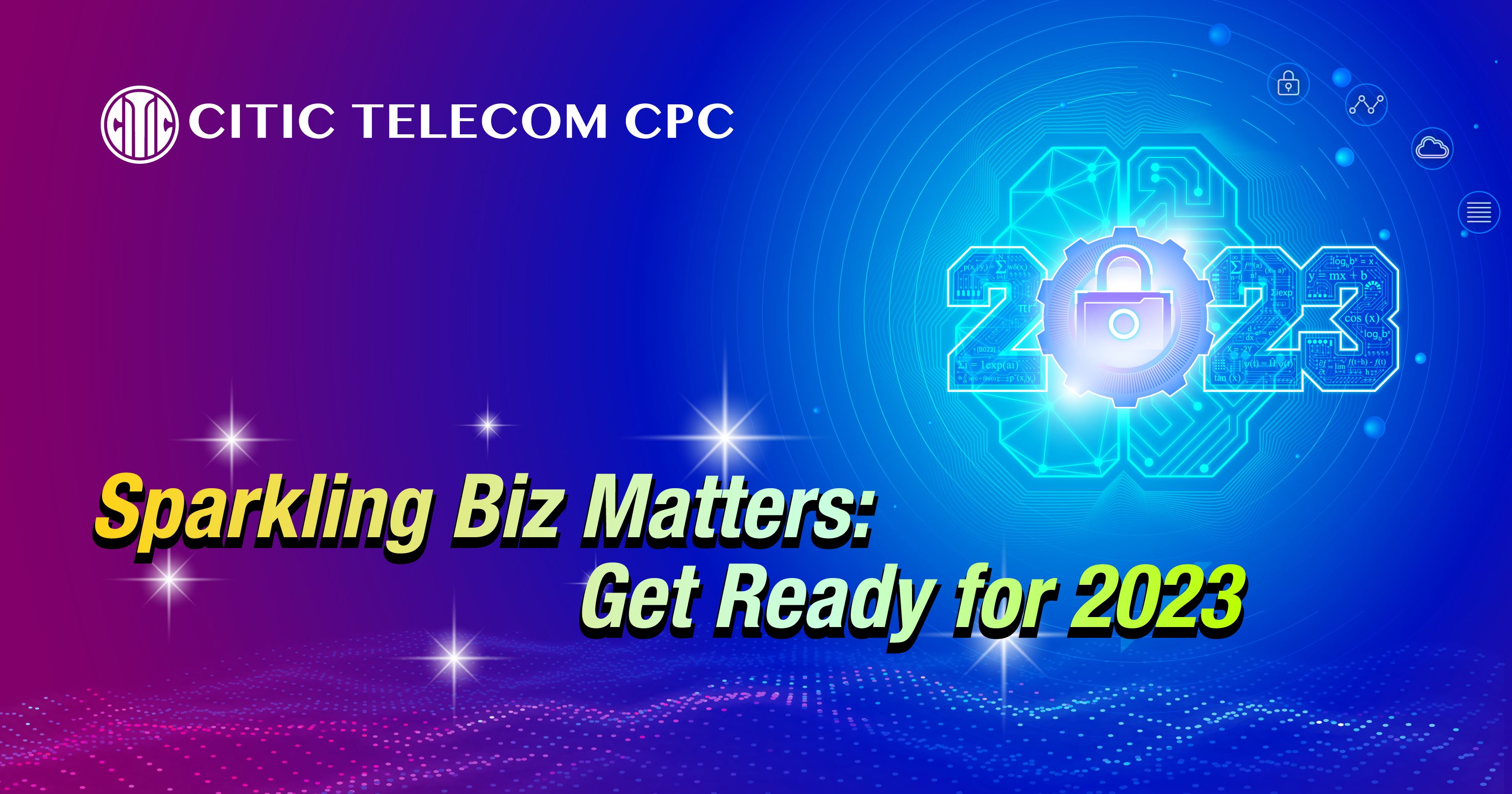 Sparkling Biz Matters: Get Ready for 2023