Metro Ethernet Advances towards Its Standardization

Metro Ethernet is a network design that provides broadband connectivity for private networks and necessary transport services, such as high-speed Internet within a metropolitan area. Metro Ethernet today is a service offered by telecommunications providers to interconnect LANs located at great distances within the same city. That is, executing a WAN transport. This network is based on the Ethernet standard and covers a metropolitan area.

How is Metro Ethernet supported?

Let us learn here how is Metro Ethernet supported?

In addition, Metro Ethernet technique has very high availability since it is impossible to break all the copper lines and the case of partial breakage the link continues transmitting and reduces the bandwidth proportionally.

In the battle for the conquest of the MAN and the WAN, the allies of Ethernet technology multiply day by day, and while Metro Ethernet Forum works to cover the gaps that still hinder its full acceptance as an option for operators, some take advantage of go taking positions.

Metro Ethernet - The greater speed with a more flexible and cheaper bandwidth:

Metro Ethernet over fiber metro networks promises to provide greater speed, with a more flexible and cheaper bandwidth than ATM / SDH-based technologies, IT professionals contemplating the deployment of these solutions to interconnect corporate LANs or support another.

At the moment, Metro Ethernet applications find a very limited offer, only accessible through a small number of service providers. This situation will finally change, as analysts admit, but the transition could take years, given the large investments made by the dominant operators in the deployment of ATM and SDH infrastructures, which must now be profitable.

There are many attractions of Metro Ethernet. Perhaps one of the most remarkable is its scalability since Metro Ethernet allows a much more flexible symmetrically bandwidth allocation -from 1 Mbps to 1 Gbps in increments of 1 Mbps.

Metro Ethernet can even be adjusted on demand by the user. From the customer's point of view, it is a family technology based on the use of low-cost hardware that also allows you to take advantage of the knowledge already existing in your organization.

All these advantages, however, should not overshadow the long-term benefit of Metro Ethernet. Its ability to open doors to a wide range of new services, such as secure off-site backup, IT over Ethernet outsourcing or desk-to-desk video telephony, among many others.

Another achievement of Metro Ethernet is the creation of a standard of operation, administration, and management (OAM) that allows monitoring the global nature of the network at the operator level, as well as the definition of a network-to-network interface that optimizes the management of traffic. And guarantee the client a certain bandwidth and the same level of service from end to end when it has to be covered by two different operators.

Metro Ethernet applications could be categorized into two large groups. Some would be directed directly to the company, as when different offices are integrated through E-Line.

The second group of Metro Ethernet, composed of those aimed at telecommunications providers for the provision of services to business customers, would be more in line with E-LAN since this specification facilitates the connection of the various points through the data centers of the companies. 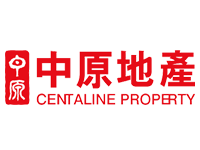